TORONTO — The Government of Ontario is taking action to attract more people to the skilled trades and employers to hire more apprentices. The province is facing a serious labour shortage which has the potential to get progressively worse. On any given day tens of thousands of jobs go unfilled and many of those are in the skilled trades.

As part of the government's Open for Business, Open for Jobs strategy Monte McNaughton, the Minister of Labour, Training and Skills Development, today launched a marketing campaign to highlight good-quality, well-paying and flexible careers in the trades, under the slogan 'Find a Career You Wouldn't Trade.'

"We need to do a better job at enticing young people and their parents to the skilled trades," said Minister McNaughton. "For too long, we haven't viewed these challenging positions as a viable first option. That needs to change and our Open for Business, Open for Jobs strategy, including our new advertising campaign, will go a long way towards making the skilled trades more attractive."

The advertising campaign reflects the passion of real skilled tradespeople in their work environments. It features up-close footage of three skilled trades people with in-demand careers and high income potential: a tower crane operator, a steamfitter and an arborist.

"The reality is that the skilled trades offer exciting and challenging careers that often require solid math and problem solving skills, and expose people to the latest technologies such as 3D printing and robotics", said Minister McNaughton. "When it comes to opportunity, to earning potential, to having a chance to start your own business, the skilled trades come out on top."

Over the first nine months of 2019, Ontario employers had, on average, 204,000 job openings across all occupations and industries. Of these, 13,000 were in the construction sector.

People can view the ads for students and parents on ONgov Youtube.

The ads will run digitally, in movie theatres and on Tim Hortons TV across the province. 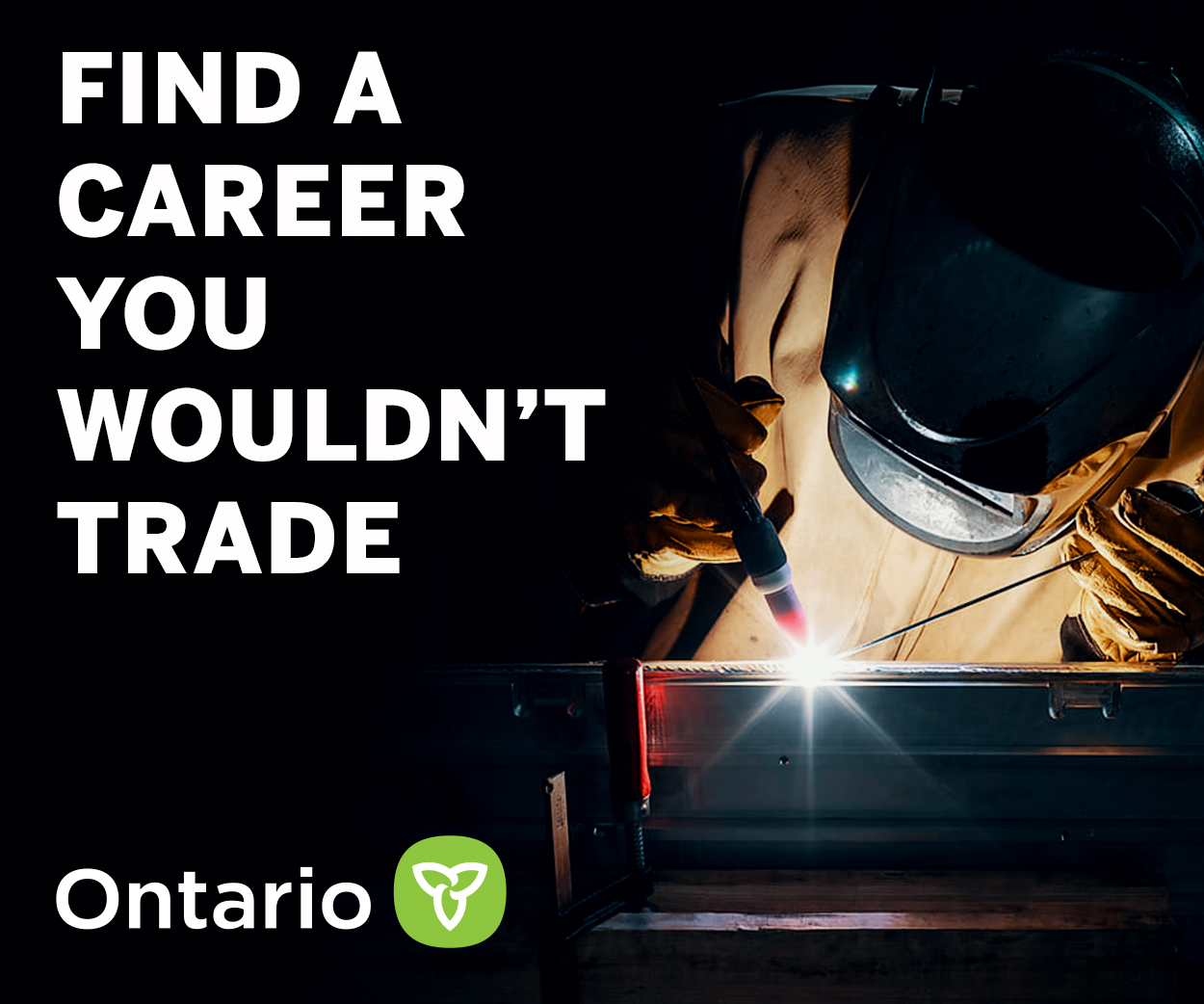